In the last blog post, we reviewed several big wins in 2016 for artists who are TAA customers. In this blog post, we will cover what TAA did this year and talk a little about what 2017 is going to look like.

We do these year-end reviews for our own benefit. We share them with you because many TAA community members have found them valuable in the past, and so you can get a sense of how we think about our role in the art business.

2016 was TAA’s best year ever in terms of revenue growth, just beating out 2015 by a few percentage points. It was also a big year for behind the scenes systems implementation. We implemented a lot of email marketing and website systems that made running the business more automated. A lot of that work was necessary and/or helpful, but also boring. More about boredom and frustration later.

There some big, exciting wins as well.

I Launched A Book 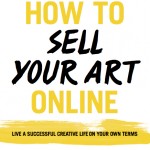 Lots of people have had nice things to say about How to Sell Your Art Online: Live a Successful, Creative Life on Your Own Terms. Read our blog post on why you should buy the book.

The book was entirely written in 2015, but the publishing cycle pushed the publication date to Summer 2016, which was fine as it gave me plenty of time to work on the launch. You can watch the launch videos and interviews with artists I highlight in the book by visiting our Youtube channel.

The book is selling well. It hit #1 in several categories on Amazon when it launched, and based on Harper Collins’ sales reports, the book will likely be a solid earner over the next 6 – 12 months.

We Launched a Conference 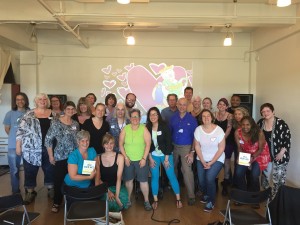 Along with the book launch, we held the first Abundant Artist Conference. This was a big learning experience. When I first announced it, I wanted to hold a 300 person conference at a big fancy venue. But what all of you told me was that you’d rather we have smaller, regional workshops closer to where we are. I ignored that and tried to convince everyone to fly to Portland. TAA ended up losing about $15,000 on the conference, but everyone who attended had great things to say.

So in 2017, we’re doing what you asked for – small, regional workshops. We already have tickets sold for Nashville and for Whidbey Island. You can find out more, including how to bring a workshop to your local area, by clicking here. 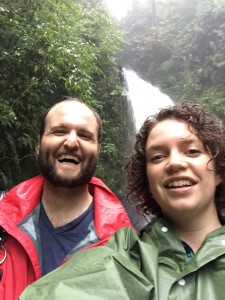 After all of the craziness that was the book and conference launch, we took a much needed vacation in Costa Rica. We hiked around a live volcano, swam in a lava-heated river, saw a bunch of crocodiles and ate some Peruvian Chinese food (yes, that’s a thing, apparently, and its delicious).

We also hiked a series of waterfalls in a gorgeous jungle.

– Original Practice Shakespeare company was one of the best things I’ve done in my performing career. It was freeing and exhilarating. I played the Ghost of Hamlet’s father, the apothecary, Sampson and Watchman in Romeo and Juliet, Snout and Mustardseed in Midsummer, Antonio in The Tempest, and several other small parts over the course of a week. Lesson learned: Shakespeare is even more fun than I thought (and I’ve been doing it for 20 years).

– Shadows, a new play, w/ Twilight Theater. I played a dad with a 16 year old son. First time playing a dad character on stage. Lesson learned: people like me with a beard.

Service
– went on several camping and service trips with the teenage boys from church. I serve with them as a mentor and adult supervisor for their Scouting activities
– Carpe Mundi (a nonprofit that helps college Freshmen have a study abroad semester) story telling coaching: every year when they return from their semesters abroad, I help them assimilate their experiences and turn them into stories that they tell for the annual fundraiser.
– I began paying a lot more attention to local politics. I wrote letters to the editor, and have been reading a ton about how politics works at the actual implementation level.

Friends & Family
– TONS of board games. Highlights: Betrayal at House on the Hill, Fire Team Zero, Smash Up.

Learning
– I read 31 books this year. You can see my reviews if you want to follow me on Goodreads.
– I learned from business courses, like Autoresponder Madness, Breanne Dyck and Tara Gentile’s The Master Class, as well as the conferences that I attended

The Emergent Vision of 2017

The Abundant Artist started out of a deep sense of curiosity in early 2009. I was responding to what I was seeing around me, responding to the ongoing conversation about how the Internet was changing the way art was made and seen. I was deeply intrigued by this conversation. It brought out a sense of joy and wonder because I could connect with everyone on a 1:1 basis, even if they were a world away, via social media.

It’s certainly true that over the last seven years, there have been times that I have become more disconnected from that sense of joy and wonder. TAA has had some growing pains and I’ve become somewhat bogged down in the details – which is a tough place to be for a community full of innovators and artists like us.

But I still love TAA, so this year I’m choosing to focus on joy.

Personally, that means reconnecting with my own spiritual practice, spending more time with friends, traveling to interesting locations, and becoming more involved in my local community’s politics (yes, I do mean politics to find joy).

I want to connect with more artists and other people in person. That means more travel, more in-person workshops, and more public speaking. That could also mean more things like vlogging and podcasting, if it allows me to have fun. We are lining up guests for that now.

Finally, I also want to connect my daily activity with a sense of play. In 2014 and 2015, I spent many Fridays on experimenting with various creative projects like photography, drawing, and various business ideas that were not obvious money makers. I’d like to reimplement that practice, and give myself permission to write about and explore whatever I’m doing on those Fridays.

For now, I’m holding space for an emergent vision, ala Jonathan Fields’ suggestion. I’m not 100% sure what specific things will happen in 2017, but I have some ideas that are pretty exciting.

What are you doing in 2017? I’d love to hear about big projects in the comments.