You are here: Home / Abundance / How Empathy Can Help You Build A Successful Art Business

From Cory: This post is a bit different from what you’ll normally see on TAA. When it comes to doing business, I’m generally of the give specific technical advice kind of guy – but when Yong Joo Kim emailed me this post, I was struck by how much it gets at the fundamentals of why we even care about making art a business at all. Artists need to keep pushing boundaries, asking questions, and shining lights. It’s pretty tough to do that when you struggle to make a living.

On average, 40 people in Korea commit suicide each day. That’s a grim thought, isn’t it? It is to me. I was born and raised there.

I remember growing up immersed in competition. My peers and I were taught that scoring high on exams, and entering high-ranked universities were the only ways to gain recognition. For my female colleagues and I, competition didn’t end in academics. While I was too afraid of going under the knife, ten of my friends eventually went on to receive plastic surgery. They believed firmly that beauty affords greater probability of getting a good job or finding a successful husband: both effective ways to gain recognition.

When I first arrived at graduate School, I was still under the impression that school is competition. So when I learned that half of my peers did not even study jewelry and metalsmithing as undergraduates, I couldn’t help, but be disappointed. What’s the point of competing against those that cannot match my level of craftsmanship?

Then one day, I was walking along the street with one of them, when she stopped, bent over, and picked up a piece of broken glass. I had no idea why she wanted that piece of trash. But then I later got to see her entire collection of found objects, and I was struck in awe. I didn’t notice it back on the street, but it turns out they weren’t just any old pieces of broken glass. Some of them had a uniquely rough texture, while others reflected light in a certain way. This only became obvious when I got to see her entire collection of found objects, where each was chosen for their unique characteristics.

What I learned from this incident is that people have different ways of looking at the world. I’ve heard that many times before, but it never sunk in until then. And I also learned that I tend to judge people based solely on my own prejudiced and biased standards. But as Albert Einstein famously said “Everybody is a genius. But if you judge a fish by its ability to climb a tree, it will live its whole life believing that it is stupid” I may have used that quote to defend myself from other’s judgment, but I never thought to use it against my own judgment of others. As a matter of fact, I didn’t even consider what I did as judgment. I just thought I had “good taste” Convenient, isn’t it?

But what was most surprising to me was that this same lesson turns out to be relevant to art making. Because I learned that if I maintain an open mind while interacting with materials, I inevitably end up finding out that they have unique characteristics I didn’t know about.

For example, the first time I encountered strips of red Velcro® hook- and-loop fasteners at a hardware store, I had never seen hook-and-loop fasteners sold in strips. So I didn’t think of it as hook-and-loop fasteners. I just saw it as a bunch of red and fluffy strips. But after spending 3 years cutting, attaching, and stacking them, I got to find a variety of different characteristics that were once non-obvious. And this eventually led me to produce my current body of work.

So what is the common denominator between the two lessons? The value of one’s willingness to empathize.

When I try to empathize with another, be it a raw material or another person, I am trying my very best to remain humble. As impossible a feat as it may be, I try to let go of any impulses to judge or categorize what I am perceiving. Instead I trust that whatever is in front of me is far more interesting, far more beautiful, and far more capable than I am inclined to believe. Then and only then can I uncover their hidden  meaning, beauty, and potential by empathizing with them. And what I have found is that if I maintain this attitude long enough, I will always be surprised.

I have found the same to be true in business.

While I’ve only been selling my artwork for two and a half years, if there’s anything I’ve learned it is that selling doesn’t mean “selling-out” That word seems to haunt a lot of artists. When I was in school, it almost seemed like “selling” was a dirty word. Presumably, because it may be easy for us to get swayed away from our studio practice and concentrate only on selling.

But what I’ve learned from hearing people like Seth Godin speak about marketing is that you don’t have to sell to people who don’t want your work. Instead, find people who resonate with your work, your ideas, your reasons for making what you make. And when you meet these people they not only willingly purchase your work, but they can become your best and most honest critics and friends.

I had a customer tell me that they wanted to wear my jewelry in the winter, but the hook-and-loop fasteners kept sticking to her sweater. In the beginning, I thought that was the “true” nature of hook-and-loop fasteners. And if I changed it, I thought it could damage the integrity of my work. But as I kept hearing similar comments from other customers, I became more willing to empathize. This took several months of experimenting, but I eventually figured out how to get the

Over the years, I’ve become skeptical of the idea of authorship. If anything there seem to be multiple authors of my work, some of whom are my materials, and some of whom are my customers. I just happen to be in charge of the manual labor. Too much of my work is shaped through humility and empathy to think otherwise.

Art making can be a daunting process. It makes you vulnerable. It makes you question a lot of things. It is known to take people to dark places.

As a matter of fact, many think artists have to be tormented by pain, and can only achieve greatness through starving. But, based on what I have experienced, I can only think of this as a misunderstanding of how the creative process works.

What I have learned thus far in my short-lived life is that no matter how mundane or insignificant a material seems, as long as the creative process is fueled by a firm belief in their potential, imbued with the desire to empathize, I am consistently surprised to discover that the material possesses qualities of beauty that I did not know existed.

My entire perspective on the “function” of art has become its ability to uncover the hidden potentials that lie in each and every one of us, be it raw materials or people. If that’s the case, why should art work only live in galleries and museums? It has significant value when it resides amidst people. And the only way I know how to achieve that sustainably is through a small business.

I believe small businesses—one that does not seek to maximize profit or grow indefinitely, but instead to satisfice, and remain sustainable— can be a platform for empowering artists to not only keep making and asking meaningful questions, but as a way to empower all of us to explore proactive and valuable ways of provoking meaningful dialogues around complex ideas.

Times are changing rapidly. Mostly due thanks to the Internet. We as artists can respond to these changing times either by sticking to conventions, or we can try to empathize with it. If my own experience is of any indication, I am confident that empathizing will empower us to produce work of greater quality, meaning, and impact without sacrificing our integrity. 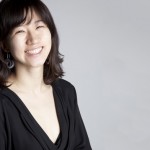 A native of Seoul, Korea, Yong Joo Kim is a Niche award winning artist who explores the phenomena through which beauty emerges. As both an independent artist and co-founder of Sublime Experiment, she continues her search into the meaning of beauty  and the processof exploration responsible for uncovering it from unlikely source.