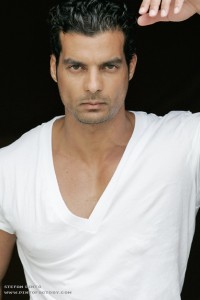 You’ve got tons of acting experience. Give us a brief rundown.

Acting was an accident. Although I enjoy modeling, I felt like a breathing mannequin. With acting, one can immerse into a new character study with some idiosyncratic mix. My first real chance was a very small part in community theater. I played the Master of Ceremonies in a modern day version of Cinderella living in South Beach (she needed a Green Card). It ran for six weeks and I was able to work one performance as an understudy for The Magic Mirror. This was the first time I sang in front of an audience. Stage acting allows for a great range and it builds camaraderie, a bond that I miss following the performance’s completion. Each performance does lend itself to a new persona requiring proper research, a clean slate and an open mind. My latest role was that of Juan, in Mexico City. I worked for a former movie star, now old, but incredibly twisted. Right now, I am cast as Peter in Perry Cassagnol’s “A Mistaken Look.” It is a dark comedy with music.

Where did you study or get your training?
I first studied Eric Morris in Miami and then the Uta Hagen method. I do believe that a sense of place is important and being focused on our “location” in time is critical. You can’t really perform if you are wondering if the loan you applied for as your real self will be approved or something like that. I actually did apply for a loan. I am trying to buy a house in Los Angeles.

What is your ‘day job,’ or complimentary career? Give a few details about your day to day activities and how you got started.
Acting is my primary sustenance. I knew I was a bona fide actor when I got the letter from the Screen Actors Guild inviting me to join. This was following my supporting role on Burn Notice (“Wanted Man”). That was in 2005.

I also enjoy writing a motivational fitness column and recently launched my own “healthy body, healthy mind” blog on PintoFactory. The writing brings satisfaction, more so with the emails I receive from readers who take my advice to heart and those that follow my principles. The column started while I was serving jury duty. One can get quite restless in the jury pool room. I began composing a short story “Whole Foods Changed My Life” which served as my first blog post on my personal blog site.

How does this job compliment your art and other creative endeavors? 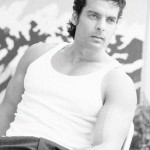 Acting involves reacting. Without listening, an actor cannot effectively (or sincerely) react to the situation. Writing a column allows me to interview fitness leaders and motivators all of which requires knowledge of their trade, their craft and often times, themselves. Without listening to their responses, it would not be possible to engage the readers or to write anything useful or memorable.

What is one thing about your current career that you didn’t anticipate when you were younger? How did your career evolve in ways you didn’t expect?
Well, I majored in English (Literature) and minored in French and Journalism. Naturally, I thought I would become a teacher or a reporter (hopefully in Paris). Although I worked in a bank during college, my first job was for a small trade association writing press releases and designing their newsletter. Once the internet happened, I progressed into designing web sites, a craft, I fully believed would carry me well into the future. All of these jobs kept me at a desk and as I was living in New York/New Jersey, being outdoors or fit was the furthest thing from my mind. I never imagined I would lose over 60 pounds, move to Miami and become a male model — in my thirties. 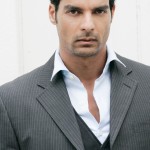 If you could give other artists advice about money or getting started in their career, what would you say?

Start. No seriously, you must start. That is actually the hardest part. Once you start, I don’t want to say it gets easier, but at least you know you tried. Certainly, if you do falter, you can properly decide if you want to try again. I firmly believe that if you want something really badly and you make it an intention, it will happen. Of course, this requires you to do the work and provide a service. Life is about giving. If you want to be an actor, you must be willing to do the work; working on plays (yes, theater), being an extra (especially if you are starting out, and there is nothing wrong with being an extra), being honest (this includes how you look in your pictures), willing to accept your uniqueness (imagine if Danny DeVito went for basketball player roles?) and not being afraid. Remember, it is ok to fall down, but you must get up. I like to say, “fall down seven times, get up eight.”