Earlier this year, rolling ball sculpture artist Tom Harold did what so many artists dream of doing: he quit his day job! (Way to go, Tom!) We interviewed Tom in early July to learn a bit more of his story and to learn about the trajectory that led him here.

Tom made his first piece for fun while working at a consulting firm. As he worked on it, he provided regular updates to a coworker who got very excited about seeing the finished product. (Proof that work-in-progress updates on your blog and social media can be a powerful way to garner interest in your work!) That coworker bought the second piece Tom ever created.

I’m definitely not naturally a salesman. But I was so excited about what I was doing that I was putting stuff out there.- Tom Harold

As he continued to create new pieces, Tom’s work received a lot of quick interest and people began commissioning pieces. At the time, Tom was working only in copper, which became a roadblock for him.

Tom: “Pretty early on I had people asking me to do more. The pay was okay. I wasn’t bringing down a thousand bucks or anything, and I probably wasn’t getting paid near what I should have been, but I’d do a piece for somebody and they’d pay me $300, and that’s money you can count, you know? So I just kept doing that, and I knew I was limited with copper. Part of it mechanically, soldering, and there were several practical aspects of it that didn’t quite suit me, but the big thing about it is that you can only build so large with copper. It’s really soft, so you have to keep adding supports and adding supports and adding supports, I wanted to build something like six feet tall. I wanted to do something big. And I loved the idea of welding.” 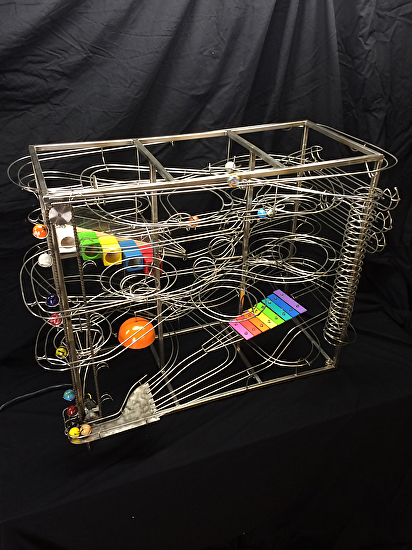 During this phase of his early career, Tom began to focus on investing in himself. When he realized that he needed to buy a $1200 welder in order to be able to work in steel and create larger sculptures, he made the difficult decision to sell a valuable and rare harmonica amplifier to raise the money. He also began to take welding classes. It was during this self-improvement period that he discovered The Abundant Artist.

Tom shares what TAA taught him and how it influenced his thinking:

Tom: “I know that I have learned a lot- I know a lot more than I realized. TAA has given me a realistic set of expectations, and that’s incredibly important. I now have what’s necessary to get from A to B, rather than just “oh, I heard this thing, I’m gonna try this thing, and I heard this other totally unrelated thing, and I’ll try that.” So there were a lot of things, like the thought process behind having your brand set up. When I got my website set up, I went and found TomHarold.com. I had to buy it from some guys, but I knew that I wanted it, because I wanted my name directly associated with that. I knew that was gonna be my brand, and that was really important to me.” 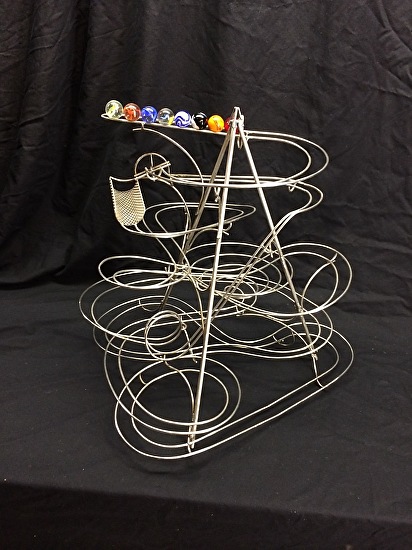 Tom: “One thing I learned was that people take you more seriously when you have a website that legitimizes their perception of you as an artist. Another thing I learned from TAA is that you want to have eighteen to twenty pieces in your portfolio as a really good starting point. There’s that mental shift- people are like “oh, this guy is pretty serious.” And learning how to present yourself online. My website still needs a ton of work, but I have all the basics down. I learned things about making it as easy to navigate as possible. And just presenting things in a clean format. I still think all the time- ‘Do people really read the about page?’ Yeah, they do.”

Tom shared that the greatest influence The Abundant Artist’s courses had was on helping him to develop the mental framework necessary to approach his art as a viable business.

Within 3 days, he had made his choice.

Tom graciously composed a list for us of the top 20 lessons he’s learned from The Abundant Artist:

There has to be a ton more, but I’ll stop at 20, because that’s a nice number. I thought Cory and the staff would like to get more detailed feedback. As I said in my interview, I often forget just how much I’ve learned, because I just feel like it’s natural knowledge now, but there was a time when I knew little or none of it. I’m armed with a good set of tools, including a supportive network, thanks to TAA.” – Tom Harold

TAA can help you not only learn the business skills, but develop the overall mindset that will help you succeed. Click here to discover which course is the right fit for you.